21st June 2016 is the first International Day of Yoga. History has evidence; India is considered the pioneer of a spiritual revolution. Ancient India has given a many gifts to the world in field of spirituality. Yoga is one of the best gift from that treasure.

Celebration the day of yoga, it is really a very the revolutionary decision for spiritual progress. And of being an Indian, I can say with pride that celebrating International Yoga Day is begins by India, This was a liability which is successfully fulfilled.

Yoga is discovered by ancient Hindu masters. But it doesn’t mean that yoga is just for Hinduism only. Any new invention is invent by any human on this earth, is for the entire human being. No matter, whether it is related to material world or spiritual world. For example, Thomas Edison has invented a bulb. He didn’t limit this discovery to himself only but he gifted it to the world. It Might be possible that you are able to read this article just because of his innovation.

Currently Entire world is looking yoga as just a physical exercise; this is not the fault of those people. They people are highly influence by the campaigns which are running on various communication media like television & News paper. Is as like as describing elephant by studying its tail only : p. I am not telling that they people are wrong, but I will say that they people are partially right.

Lets focus on the definition of the yoga

The word “yoga” comes from the Sanskrit root yuj, which means “to join” or “to yoke”.

Shree Shivkrupanand Swamiji has explain the its meaning in his message.

He Wrote in his Message…

The ordinary man gives primacy to physical feelings in his life. But the ‘yogi’ does not live like that and his life is lived with feelings at the soul level. The yogi gives primacy to the soul and feelings of the soul in his life. At present in society, importance is given only to one aspect of yoga, that is, ‘physical health’. This is only the first step of ‘yoga’. It is not in the best interests of human beings to practice yoga only to make our body beautiful and shapely, because by doing this we are giving importance only to the body, which is totally against ‘yoga’. The soul is of prime importance in ‘yoga’. Many people practise ‘yoga’ only because they want to make their body shapely and it becomes shapely too; but because the spiritual ‘chitta’ is on the physical body, the ‘chitta’ gets destroyed. This is because we place our spiritual chitta on the perishable body and that gives rise to mental problems. And mental health is also necessary together with physical health. The World Health organisation (WHO) has defined health as physical health together with mental health.

You may read entire message just download it by clicking on above link.

All the though i have presented here is highly influence by this message only and hence all the credits of this articles are in fever of samarpan meditation. 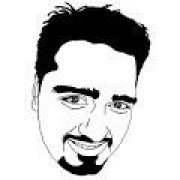